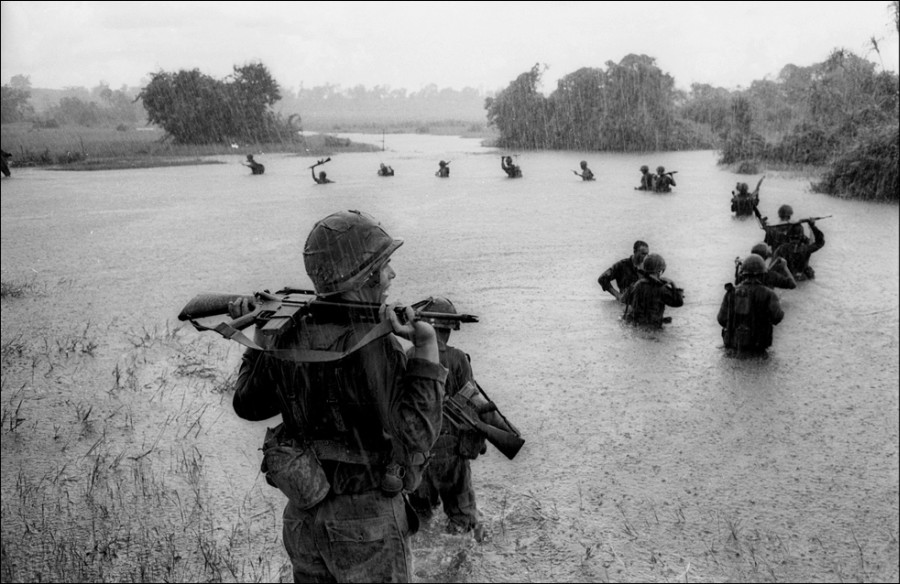 As a young soldier and emerging leader, I was sent on a patrolling course to learn a vitally important skill in the infantry. In a sense, patrolling is the eyes & ears of the Regiment and often a way of reaching out and ‘touching’ the enemy. Patrolling happens at all times of the day but more often in the dark and weather is absolutely no reason to put off a patrol.

This particular course was held in early spring on cold & wet ground, in cold & wet weather, eating cold & wet food and sleeping in cold & wet sleeping bags. It was terrible, but equally exhilarating & trying as any mental and physical test could ever be. Of the 25 guys that started, we were down to 15 through attrition & injuries.

The final ‘test’ for the course was a 25K patrol through swamps and over rocks and in even worse weather that we had experienced up till then. At the end of the patrol we were expected to scramble up a huge hill on the edge of the water, the winds were blowing sleet straight into our faces so hard it felt like BB’s being shot at you.

The instructors started yelling and screaming at us to run up the hill. Looking up the hill as we ran it appeared like we were approaching the lip of a cliff that fell hundreds of feet into the water. There were instructors at the edge of the approaching abyss yelling and calling us to jump seemingly into thin air and then into whatever laid below. Were we lemmings being run to our death?

At a certain point, I am sure I was thinking, “I quit! I didn’t sign up for this! These crazy bastards are going to kill us!” But I remembered that these instructors were my leaders; guys I knew and worked with intimately. They were professionals who I respected. My mindset changed to, “Don’t be a scaredy-cat … they aren’t allowed to kill me; it is against the rules!” So I jumped off of the cliff, fell about 10’ into the arms of the instructors and congratulated me for passing the course.

I had faith in the integrity of my leaders that they were pros & that their intent was to develop me into the very best soldier I could be. I knew they were consummate professionals and I knew exactly what results they expected. In short, I trusted them. Sadly that day three guys didn’t believe; didn’t fling themselves off the cliff and failed the course.

Trust is a remarkable thing; if it is present, it is an exponential force multiplier. If absent it is a cost that can take down a person, the team and the objectives of the organization

Sisyphus & Project Management: 5 Things You Can Do To Avoid Eternal Futile Labour

4 Things A Failed Olympic Bid Can Teach Us About Leadership

Want to fight back against the culture of contempt? Here are 3 actions to get you started: